Cynthia is embarking on a kitchen renovation in her own unconventional way. Whereas most people renovate to bring their kitchens up-to-date, Cynthia’s renovations, done in stages, will take her back in time.

My client lives in a yellow brick semi-detached house built in the 1920’s, its generously trimmed oak interior a tribute to the Craftsman style and the craftsmen who built it. The house is a time capsule of sorts. Only the kitchen has changed, having been modernized sometime in the ‘fifties.

Cynthia’s plan is to add functionality to a kitchen which lacks many modern conveniences we take for granted while restoring some of its original glory, one step at a time. Schoolhouse pendant lamps alluding to lighting of the period and LED under-counter lighting were part of an upgrade of the entire electrical system.

Although Cynthia had chosen to incorporate other period-appropriate features into her new kitchen such as flush-inset face-frame cabinet doors, a linoleum-tile floor and a Heartland range, it was in need of some twenty-first century ventilation. 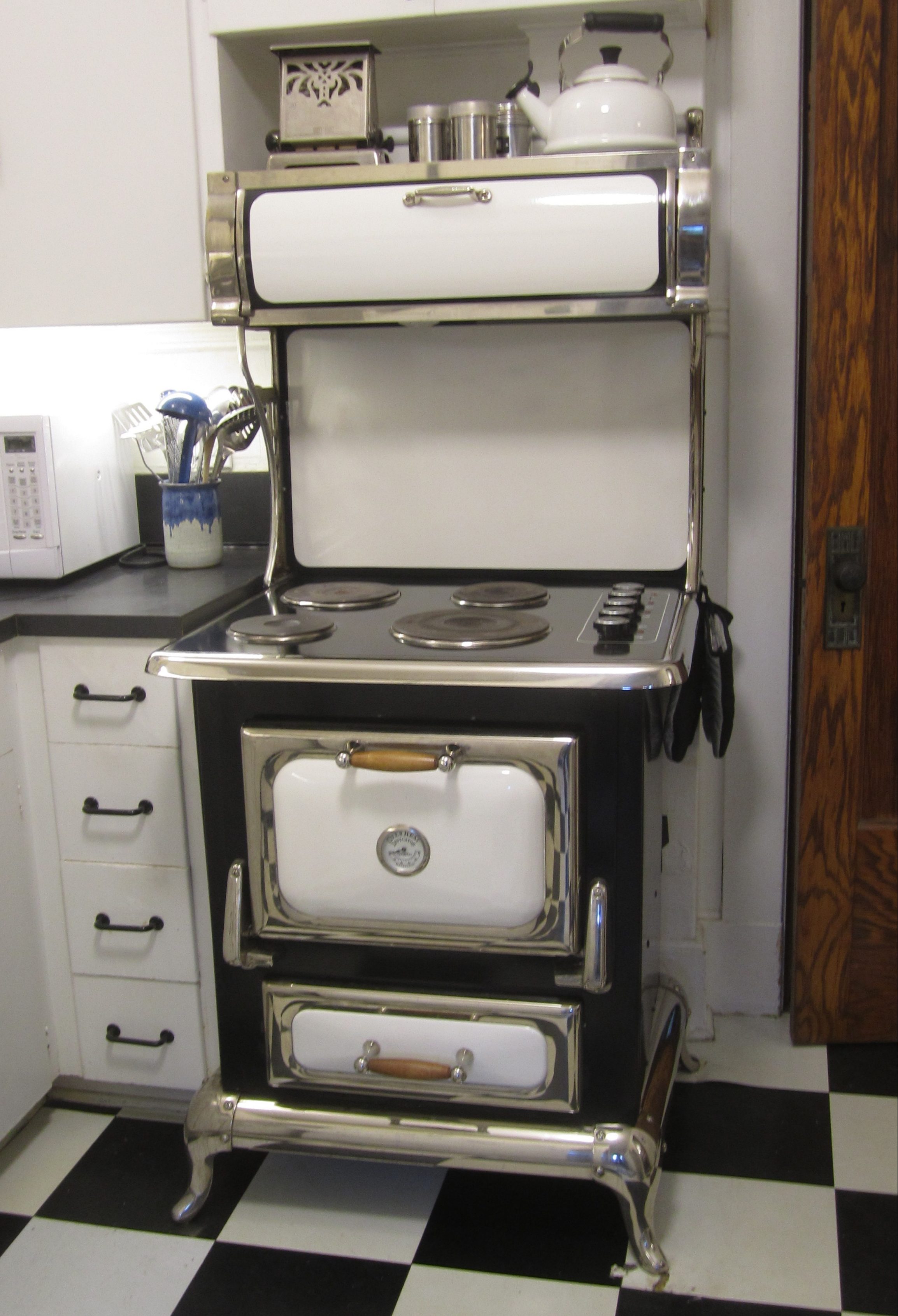 The Heartland already offered modest ventilation with a fan in one half of its overhead cabinet which recirculated air through a mesh filter; its outlet on the rear of the cabinet was unfortunately directly in line with the vent stack and there was no moving the stove to either side.

It would be necessary to scale up the mechanical system to increase air flow to compensate for the sub-optimal ‘hood’; there would also have to be provision of adequate air makeup when the fan was at maximum power. We presumed the ducting would go up through the kitchen cabinet above the range and across the wall atop the adjacent cabinets to an in-line fan next to the exit. 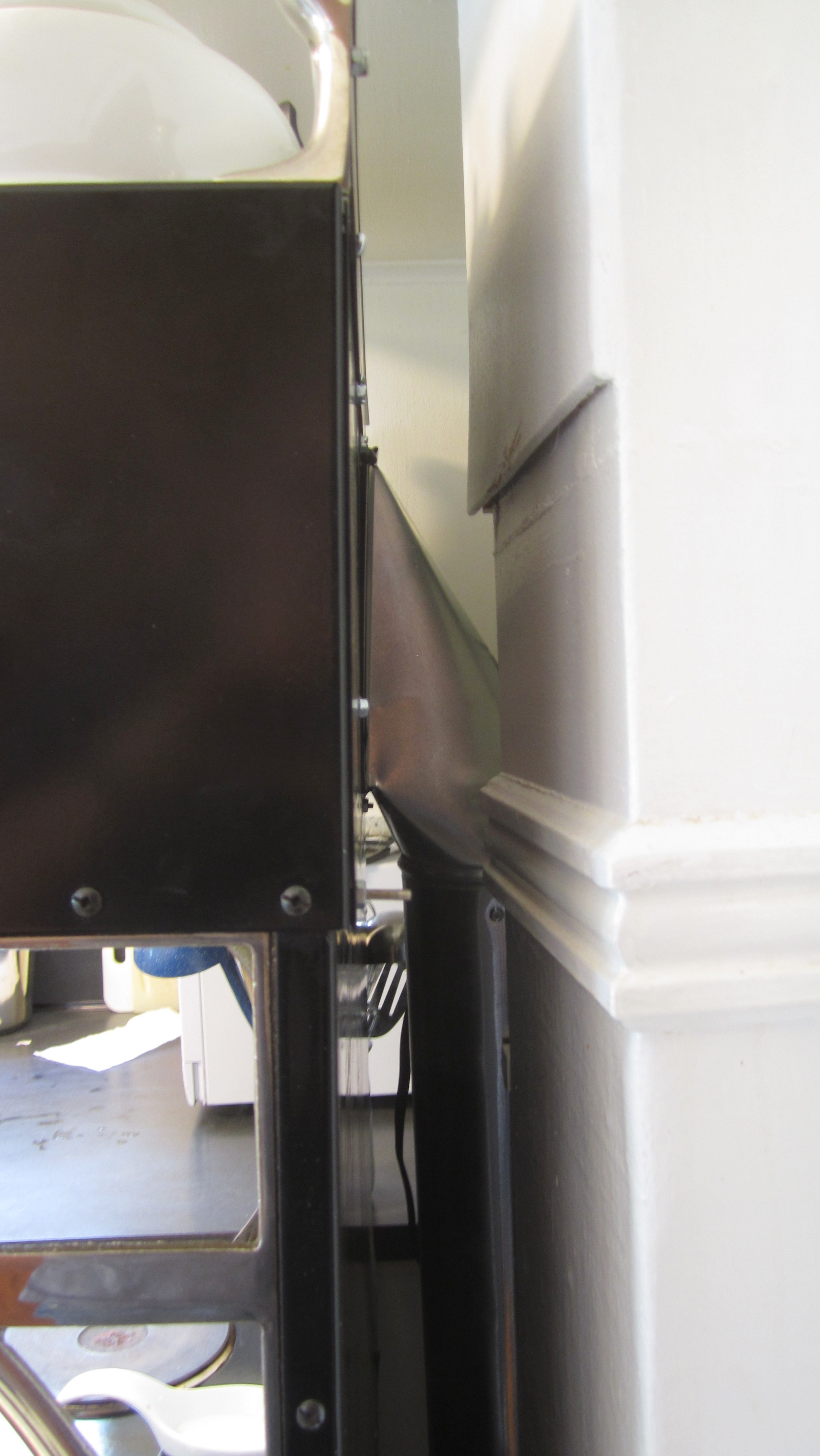 But there was no guarantee, regardless of how professional the installation, that the fan would not be an aggressive, noisy presence in the kitchen, even in its remote location.

The solution was to take the idea of remote fan installation to the next level, and install it outside of the kitchen altogether, running the duct down through the floor and out the basement window. This would allow use of much larger diameter ducting for part of its run, and a correspondingly more powerful fan.

This idea was not without its own problems:

there was limited space between the stove and the kitchen wall adjacent to the vent stack for an elbow on the rear of the overhead cabinet and we were restricted to a 4-inch diameter duct;

every bend in a duct reduces efficiency and venting down meant that the vapour rising from the cooktop would need to make an abrupt 180-degree turn. 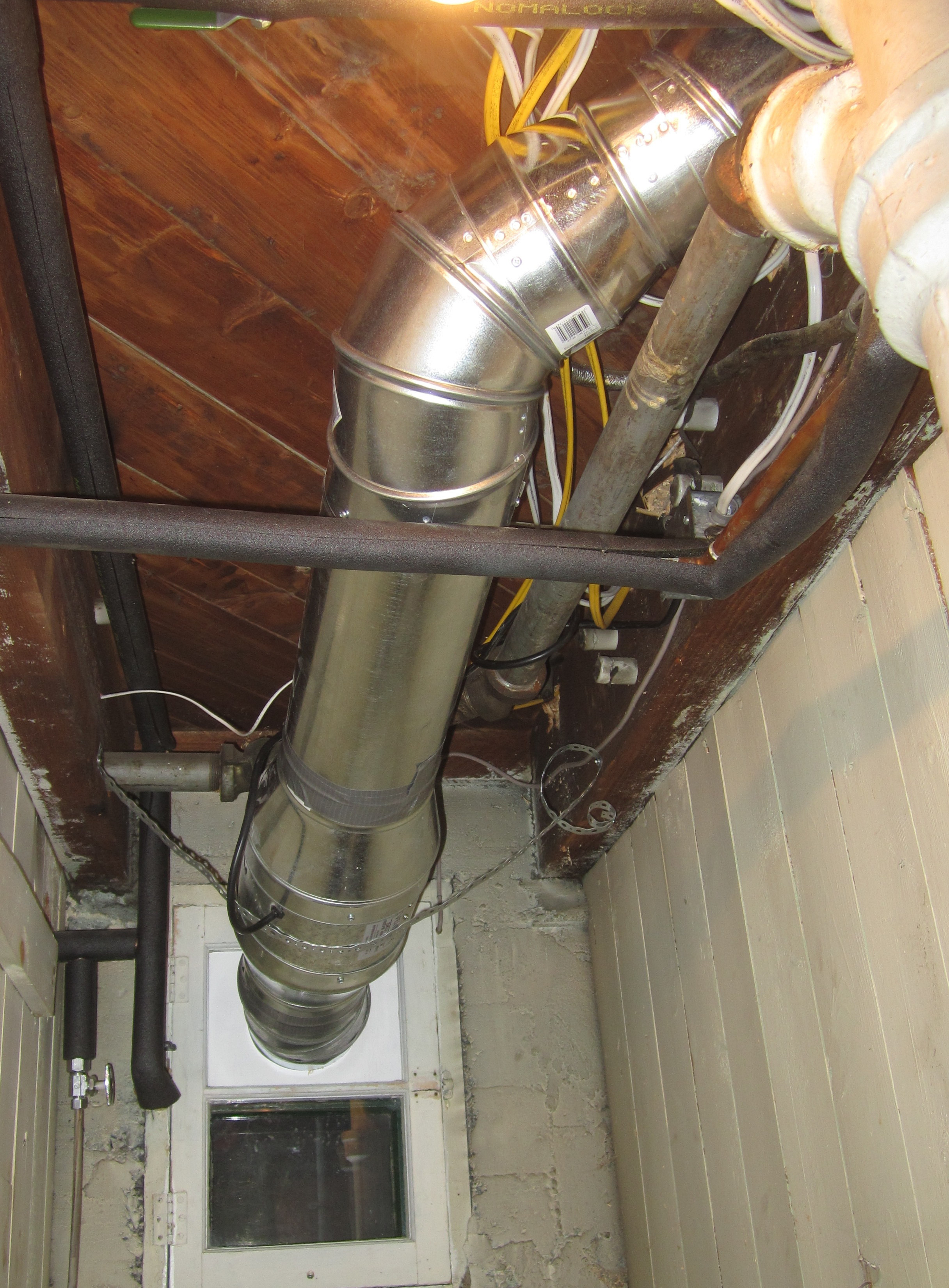 Once in the basement the duct could go from 4 to 6 or even 8 inches in diameter to be then connected to a large-diameter in-line fan; although more effective, a larger fan would probably not work at its full efficiency due to a presumed drop in the density of the air as the ducting increased in diameter.

The ventilation worked well enough with a discreet baffle installed under the overhead cabinet at one end to discourage the vacuum created at the inlet being filled by air from outside the cooktop area. 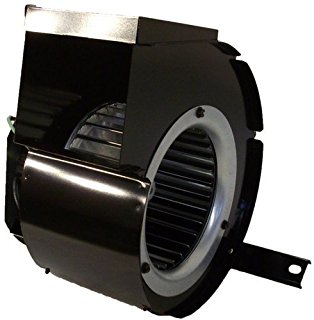 Cynthia preferred there be no such modification of her Heartland and it remained to improve both the power and efficiency of the system.

The answer to both issues was the installation of a Broan squirrel-cage fan in the overhead cabinet. The exhaust of the fan is at 90 degrees to its intake, making it the perfect choice for our installation. A curved interior baffle bridging the exit of the fan and the elbow / manifold on the back of the cabinet reduced turbulence.

Although we had wished to avoid installation of a fan in the range itself, the combined power of the two fans, coupled by the relatively straight, large-diameter ducting had the capacity to move such a large volume of air that the system would normally operate at only partial power.

It would be necessary occasionally to open an adjacent window an inch or so to provide makeup air for the system to work at peak efficiency. 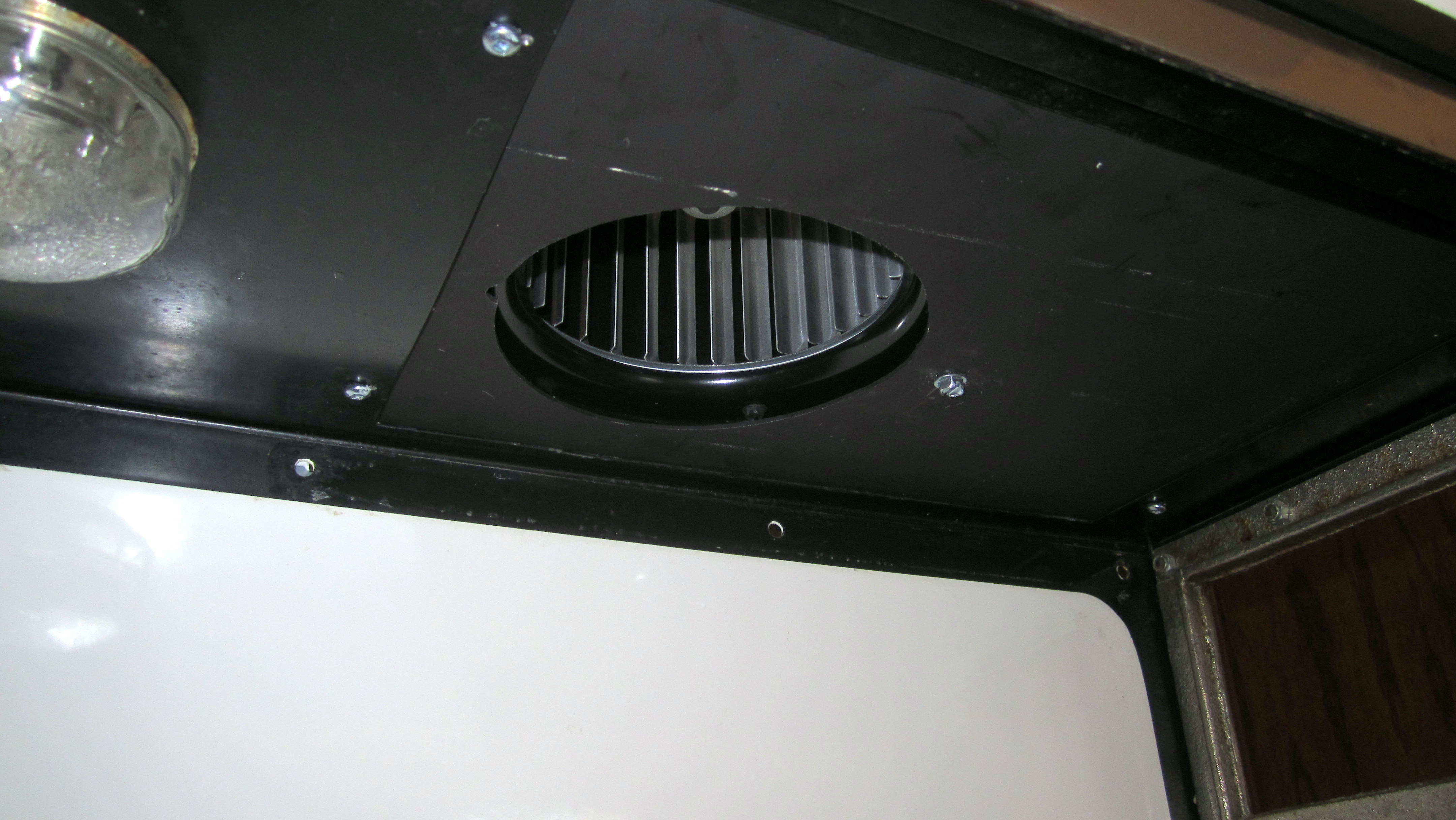 I had favoured a more conventional response to Cynthia’s ventilation installation and it was her insistence that we find something which would not compromise her personal aesthetic that led to what we both agreed was the best solution of all.

But I’d still like to like to see how it works with that baffle on the side of the cabinet.