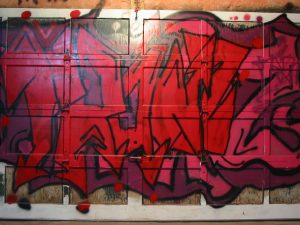 It’s all about the undertones.

If you renovate, you are bound to end up discussing colour with your designer or spouse. It often boils down to a case of like versus don’t-like.

It’s useful to know some terms: hue is interchangeable with colour in practical terms for describing the effect of particular wavelengths of the spectrum of visible light; the more saturated a colour, the more that colour is composed of light of a single wavelength.

Combine all the wavelengths of the visible spectrum and you have gray; to the extent that a gray mixture contains proportionately more light from either the blue or the yellow region of the spectrum you have a gray which may be described as either cool or warm, the blue and yellow influences in this case being known as undertones.

Physiologically, colour affects the psyche when light waves absorbed by the cones and rods in the back of the eye produce electrical impulses which vary according to wavelength. Some of these impulses are transmitted to the pineal and pituitary glands responsible for endocrine regulation of bodily functions; we experience physical reactions and associated emotions in response to the increased production of various hormones.

Innately we all feel what colours are right and wrong for us and will respond fairly consistently to those colours. Sometimes we appreciate a particular colour, but only in a limited context. We might lust after a red convertible but drive a gray sedan or avoid wearing a colour we know is not flattering to our complexion.

Interestingly, a particularly intense colour after even only a brief exposure can have the reverse effect on a person to what he or she may have anticipated.

A person can also have an adverse reaction to a preferred colour when it is too intense or there is too much of it within a space with little to balance or offset its impact.

I would venture to say that few people would take offence at any particular wavelength of the visible spectrum, that is to say any saturated or ‘pure’ colour, but all colours are influenced by other adjacent colours or by those mixed into the colour and expressing themselves as undertones. It’s when colours get mixed up that we find our sensibilities aroused.

This has been demonstrated by Swiss psychologist Max Luscher who devised a test of personality based on colour preference. The colours of the cards used in his test to evoke emotional responses from his subjects are admixtures only nominally related to the basic colours we are all familiar with, i.e. his subjects are asked to respond to undertones.

Our perception of colour is also influenced by the (colour) temperature of the ambient light, be it natural or artificial. We all know the ‘cool white’ of a fluorescent light fixture is ‘cooler’ or bluer than the ‘warmer’ more yellow light of an incandescent bulb.

‘Daylight’ color temperature can vary widely based on time of day – being warmer in the early morning and late evening than at noon – and weather conditions.

The subtle undertones of shades of gray are probably the most vulnerable to influence by variation in the intensity and colour temperature of ambient light, and the strongest argument against choosing a colour on the basis of a paint sample without trying it out first.

When it comes to choosing colour, I follow the example when I can of my former collaborator and business partner, Aldo Paoli. Aldo was a craftsman of the highest order, apprenticed to Lancia Automobile in Bolzano Italy at 16 and in Canada was at various intervals an artist (he modestly considered himself a mechanic) in stainless steel (the Montreal Metro) and decorative plaster.

Aldo would paint three different patches representing a gradation of colour on a wall in his house so he and his family could live with the colours for a while before making their final judgment.

In the case of a bathroom or kitchen, the general rule of colour selection is ‘choose your tiles first’. This also applies to floor covering, counter material, etc., all of which you will likely select on the basis of a general idea of the colour you intend for the room.

You should nevertheless reserve the ultimate choice of paint colours to the end so as to be consistent with your tiles, etc. in terms of their all-important undertones.

About the Author: Glen